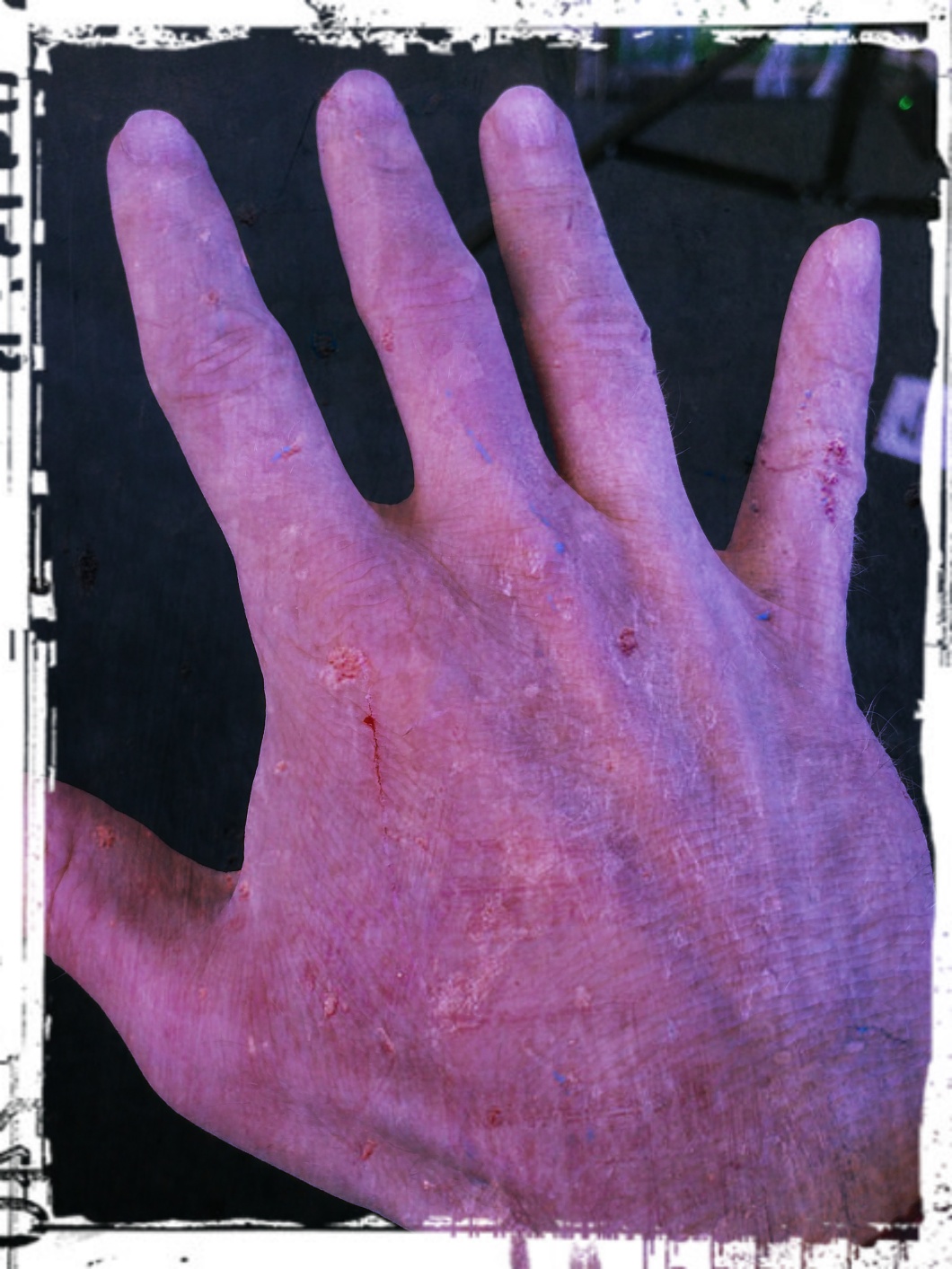 I noticed the claw marks on my hand when I got into the shower. I found it strange that my eyes had waited for a curtain of hot-water fog to rise before them before seeing what was so plainly evident—but not as strange as the fact I had no memory of how the marks had come to be.

I held my hand under the shower spray and rubbed at the blood-red, jagged marks with the thumb of my opposite hand. They stood out against the pockmarked pores of flesh like channels dug into the surface of an alien world. Even more alien was the flash of realization that came to me next: I hadn’t seen the cat in days. Was it possible he’d gotten hold of me in one of those infrequent moments of playful ferocity and I’d simply forgotten?

The water, as near to boiling as the old water heater would allow, bounced off the flesh of my hand and speckled my eyes, blurring my vision. I held my hand high and stared at the scratches through slitted lids. The wounds were impossibly fresh.

As I considered them—water pooling at my feet and me, stock still and dumb like a man discovering some previously unknown appendage—the recollection of a pain, sharp and lingering, returned. It was sometime in the middle of night, bobbing up and down in that sea of sleep like an untethered buoy, arm hanging like a dead snake from the edge of the bed, and the rustle of something moving away in the dark unknown between comforter’s edge and carpeted floor.

Did I raise an eyelid when it struck? Shift uncomfortably, maybe part my lips in an incoherent curse? Jerk my hand back up into the safety of the bed? Or simply lie there comatose like a willing victim?

The grievous wounds remain. The dry and crackling reminders of things that come to be with no rational explanation.